Now they can take him to the farmers market … 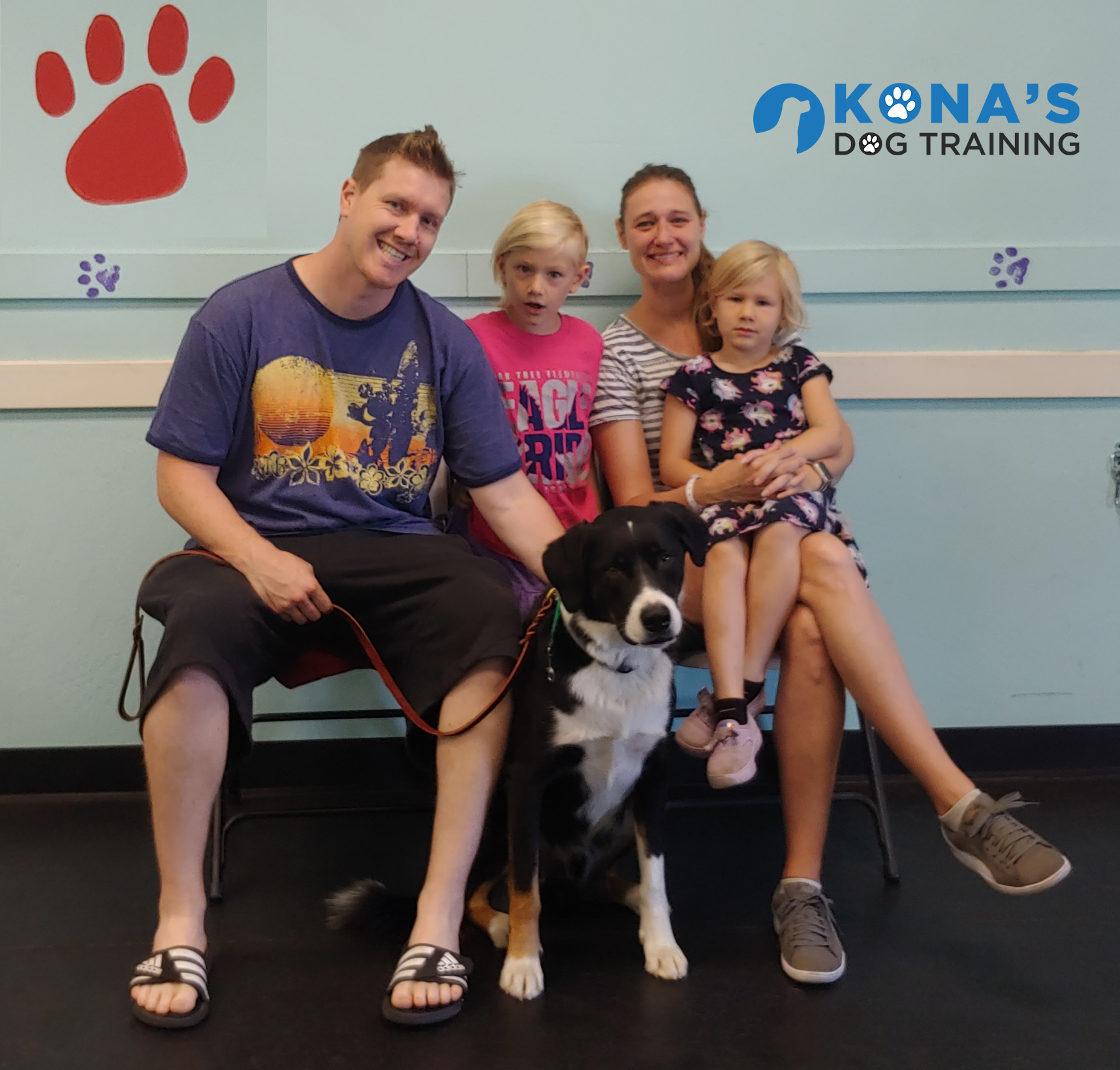 Stephanie, from Gilbert, AZ contacted Kona’s Dog Training after they learned that their Bernese mountain dog – Border Collie Mix, Eli scared people when they came over. They also learned that Eli was being a nuisance to their neighbors when he would jump on the kid’s playground equipment and bark at them. Eli wasn’t being mean, but a large dog barking constantly could very well make anyone uncomfortable. Stephanie also started to notice that Eli “herded” the kids when they are playing inside the house. This was the kicker that prompted the family to look for training help because the last thing anyone wanted was for Eli to bite one of the kids when he was trying to “control” them.

When we met Eli, he wasn’t fond of us as strangers. He kept watch while we talked with the family and it took him a while to warm up to us and allow touching and petting. His “guarding” the family was definitely much more prominent when they were in a strange place rather than at home. Eventually though, Eli began to trust and by the end of the visit, became a pretty fast friend. Stephanie was very happy by this and knew that signing up for training with us was the right thing. She signed Eli up for the Unlimited Program, which allowed her and the family to work with Eli on his behaviors around the kids and the neighbors at her pace and help her feel more comfortable.

During each lesson Eli progressed so nicely. He learned how to walk well on leash. After only the second lesson he learned “down” even while we allowed the kids to “run amuck”. It was hard at first, but Eli quickly learned that the adults would handle any situation and all he needed to do was just enjoy watching them play. Eli has also learned that the playground equipment is off limits and that while not every neighbor is the friendliest, that his are…..when he is being just as polite.

Stephanie and the family tell us that they are doing very well with Eli and even take him to the farmers market to get him out and about town. They feel a lot more comfortable now know that Eli isn’t a “bad dog”, but just a dog who needed guidance and expectations both inside and outside the home to become the best family dog he would be. We are all looking forward to seeing what the future holds!