There was no yelling or frustration to get him to listen… 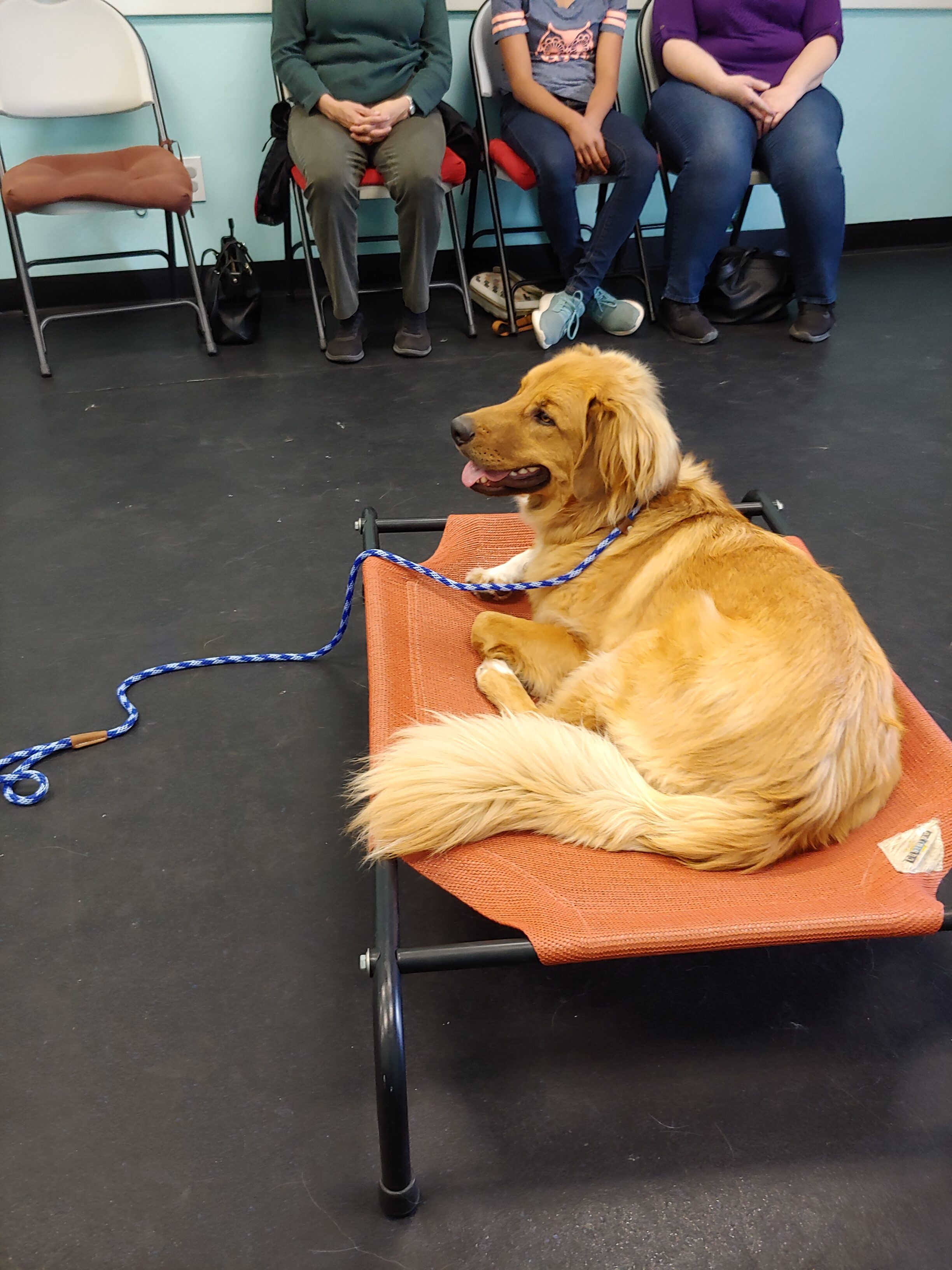 Rebecca and her family, from Sanders, AZ called us to talk about her dog Koda, a Golden Retriever mix, who was reacting to their neighbors dogs. He would run the long fencing on their property and bark at any sound or movement. He would also not listen to anyone in the home and he had trouble relaxing. Koda also had no idea how to walk on a leash and
would pull his owners in one direction in their neighborhood to avoid a house where previous dogs had run up on them and attacked him.

Rebecca had looked in two separate states to try and find a trainer who could help her, but she wasn’t having any luck in her area, so she got in touch with us. We did a video initial visit and discussed all of her options for training programs and she felt that our Boarding School Program was the best fit for Koda. Rebecca traveled 5.5 hours to drop off her dog to get the training help she and her family needed.

While here for training, Koda learned skills like socializing with other dogs in a calm and respectful way. He learned to listen to commands like “come”, “place” and “down” so when he became hyper outside he could be easily called back into the house to calm down. He also learned how to walk nicely on a leash, where pulling and lunging were a thing of the past. He was also taken to very populated and crowded dog friendly places so he was able to watch and learn how other dogs reacted to him. He was able to understand them better and react less when the dogs around him barked, whined or growled.

When Rebecca and her family came to pick Koda up, right away they were surprised at how calm he was. He didn’t jump up at them to get attention or affection. He calmly waited on his “place” to be allowed to go over and greet them and when he did greet them, he did so politely. Koda was listening to them better and there was no yelling or frustration to get him to listen and they were able to take him on a long uneventful walk before taking the long trip home. Koda now gets to enjoy a lot more freedom around the family property and is trusted by every family member to listen and be respectful each and every day.