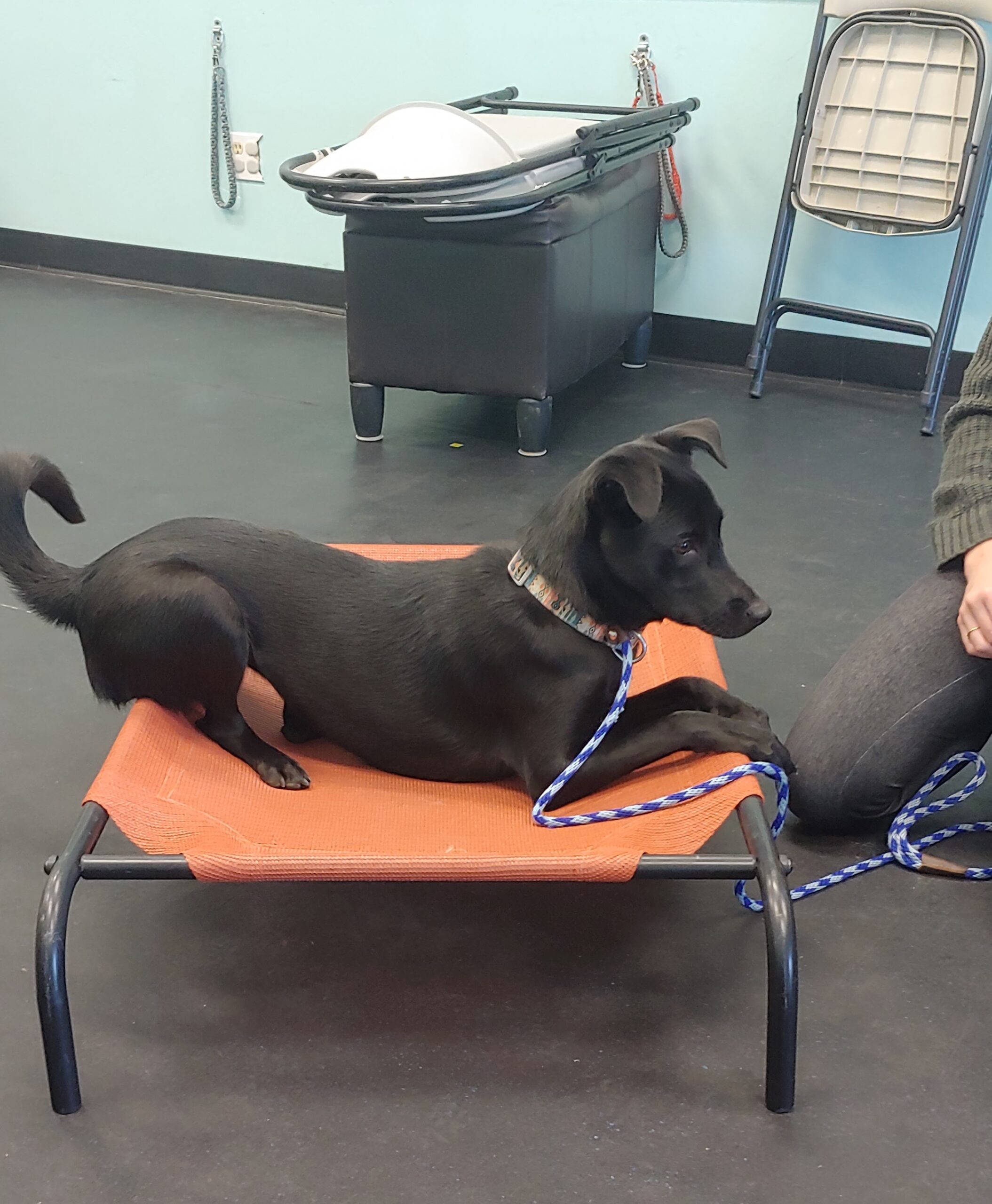 Laila from Tempe, AZ was referred by her brother to us to help her with her adopted pitbull/black labrador mix, Darlie, who she saved off of the streets in Thailand. Laila originally was still in Thailand when we first communicated and we set her up for training as soon as she got back to the valley. Darlie was found when she was only weeks old and wandering the streets. After Laila took her in, Darlie couldn’t go for walks because of the possibility of attacks from street dogs. She was only in a small apartment and balcony for months and because of this Laila believed Darlie was aggressive with other dogs. She would bark and growl at every dog that she saw. Laila was worried that Darlie would have significant issues when she returned home, so Laila wanted to get help fast.

Laila signed Darlie up for our Unlimited School program where we worked on leash walking…getting used to one first and then teaching her how to walk nicely next to Laila without lunging, pulling or biting at the leash. For Darlie this was the worst part of training, but through calm, relaxed and clear communication Darlie began to walk well next to Laila.

She even learned to focus on Laila and look to her for help in confusing and stressful situations. Darlie also learned commands like “place”, “come”, “sit” and “down”. These commands helped calm her mind while she was learning how to adjust to life in America. It also helped to relax her during feeding time so she would not inhale her food as if it was her
last meal. It was also very helpful during feeding times while around other dogs inside the home that she was starting to get used to.

Laila now feels confident taking Darlie to lots of different places all around the valley. She confidently walks into any situation with ease knowing Darlie will follow right behind without any over reactions. Darlie listens to commands with clear understanding and immediately without repetition or reinforcement. Laila also takes Darlie to her neighborhood dog park where she now has a couple of dog best friends that she enjoys running and “ruff”
housing with. Darlie no longer needs to worry that other dogs are scary.