Now Stephen doesn’t worry that Coal will run away or get lost. 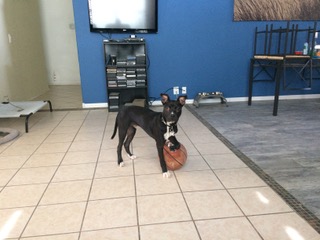 Stephen asked us for help with Coal, an American Staffordshire Terrier (Pitbull) who at ten weeks old, needed help with learning puppy manners like coming when called and not chewing on things that were not his toys.

Stephen wanted to be able to take Coal on outdoor adventures with him.  Coal was in our six week puppy training program.  We took Coal and Stephen to parks and pet stores to work on coming when called.

Now Coal is a polite adult dog who enjoys being out in public with Stephen and Stephen doesn’t worry that Coal will run away or get lost.