She is now becoming a dog that we can trust… 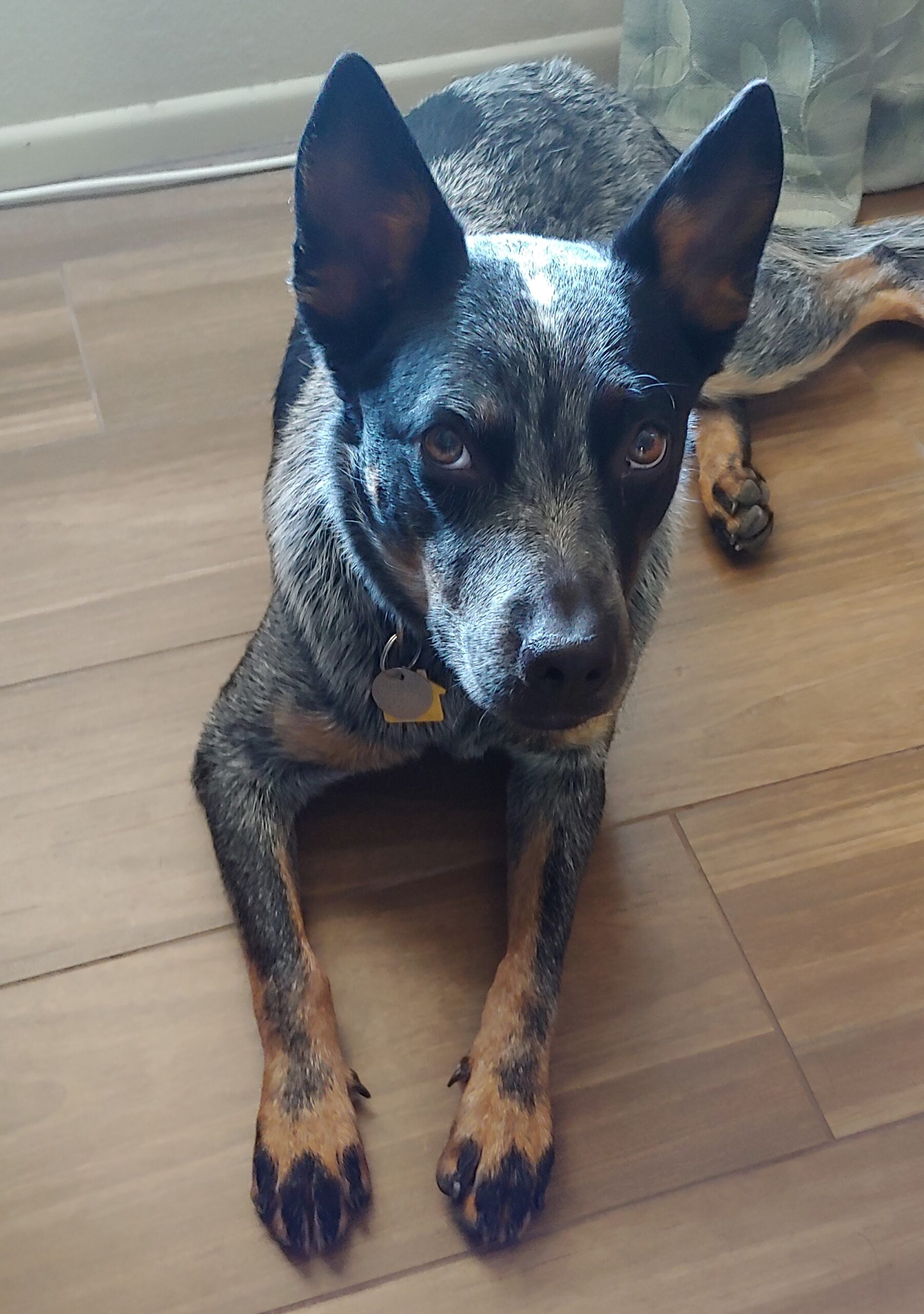 Scott from Phoenix, called us when his cattle dog, Stormie became reactive to other dogs while on leash. Stormie was a rescue who seemed to have no behavior concerns, but they began to develop as the first few weeks went by. Scott noticed she would pull on the harness a lot and then began to lunge and bark at other dogs that got close to them while they walked. She then would do the barking and lunging when the dogs were at a distance. Stormie also did not have any command training so getting her to listen while she overreacted to other dogs was nearly impossible and Scott felt his confidence dwindle every time they went for a walk.

Scott had his initial visit with us and we discussed why Stormie might be acting this way. It included going over the training tools [leashes and collars] and how commands could help change the way Stormie was acting in public. Scott felt really good about the information and signed Stormie up for our Unlimited program right away.

As we began training, Scott started feeling more confident because he felt his “education” was increasing his knowledge of not only his dog’s behavior, but also why other dogs react in similar ways. We taught Stormie commands that would help Scott communicate with her even during stressful distracting situations. We taught him how to use the leash to teach Stormie how she should act when other dogs were around. We even taught Scott how to use the electronic collar to communicate with Stormie while she was off leash and at larger distances. She is now becoming a dog that Scott can trust and feel safe to listen even when the world is happening around her.