Ashoka now walks past them without reacting… 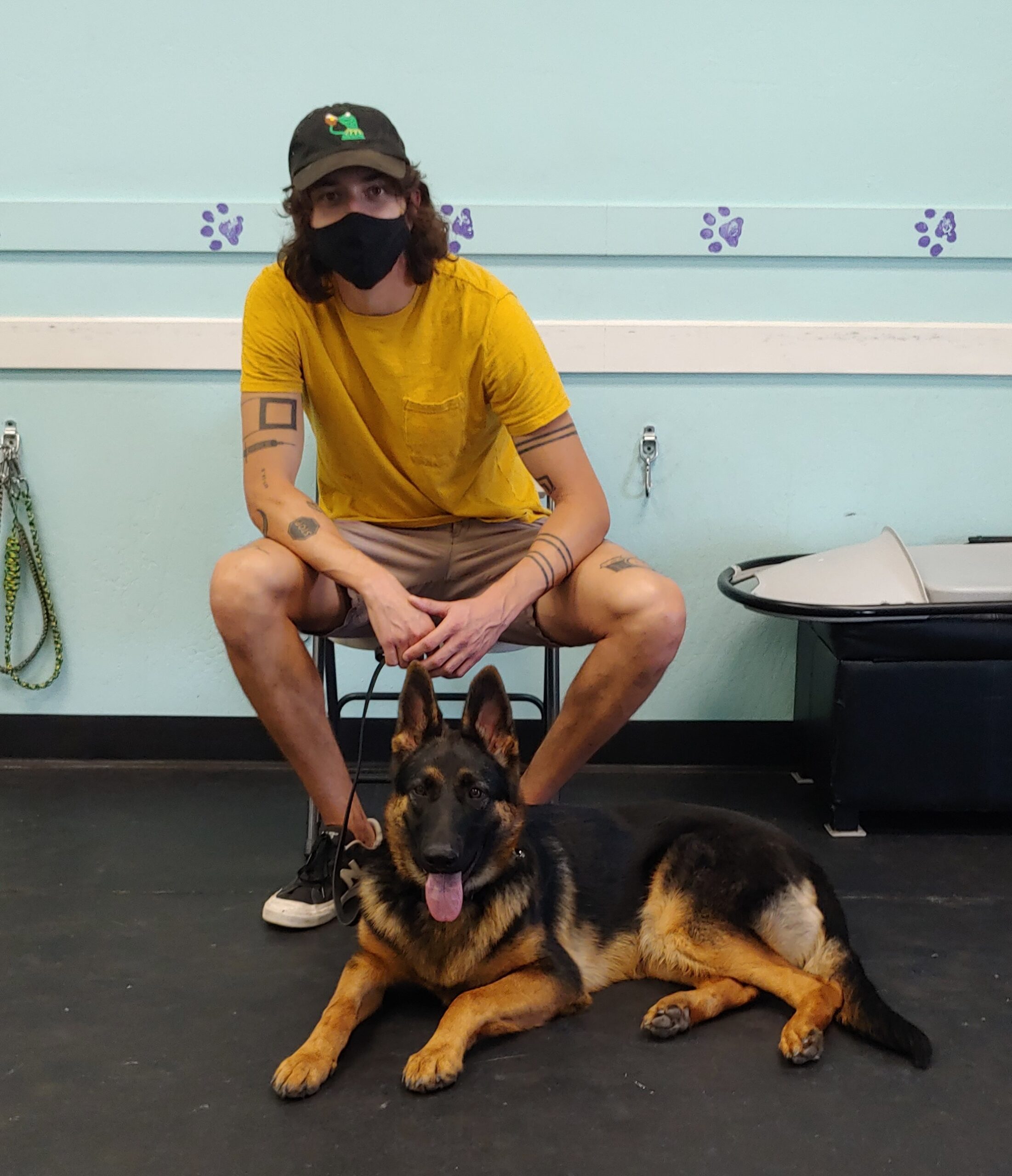 Nik from Phoenix, had originally contacted us when he had purchased two littermate German Shepherds from a breeder in northern Arizona. After talking with him about the issues and concerns he was facing with the two dogs he had decided that both dogs were a bit too much for one person and returned one dog to the breeder. He kept his dog, Ashoka, who was having issues socializing with other dogs around his neighborhood and while on leash. Ashoka would lunge, bark and whine whenever she saw another dog. Nik was unsure about what he should and could do to resolve these issues.

During our initial visit, we discussed all of the options Nik had and helped him to understand that Ashoka wasn’t aggressive, but fear reactive and that she needed leash walking, command training and exposure training to help overcome the issues she was facing.

We also discussed that Nik needed to increase his knowledge of the breed of dog he owned and why Ashoka was acting the way she was as well as how Nik could change his interactions with her to help her through the training process. After much discussion, Nik decided to sign up for our Unlimited program.

During each lesson Nik and Ashoka improved greatly. Nik looked and felt more confident knowing how to set boundaries that Ashoka could understand and follow. This included command training for “come”, “sit”, “down” and “place” to help her learn how to better understand impulse control and how to self soothe.

They both also excelled at loose leash walking where Nik could feel comfortable taking Ashoka to lots of different locations that included heavy traveled areas for people and dogs. Ashoka now walks past them without reacting and having people comment about how well behaved she is and how well she listens to Nik in higher stress environments. Nik and Ashoka now have a great relationship.