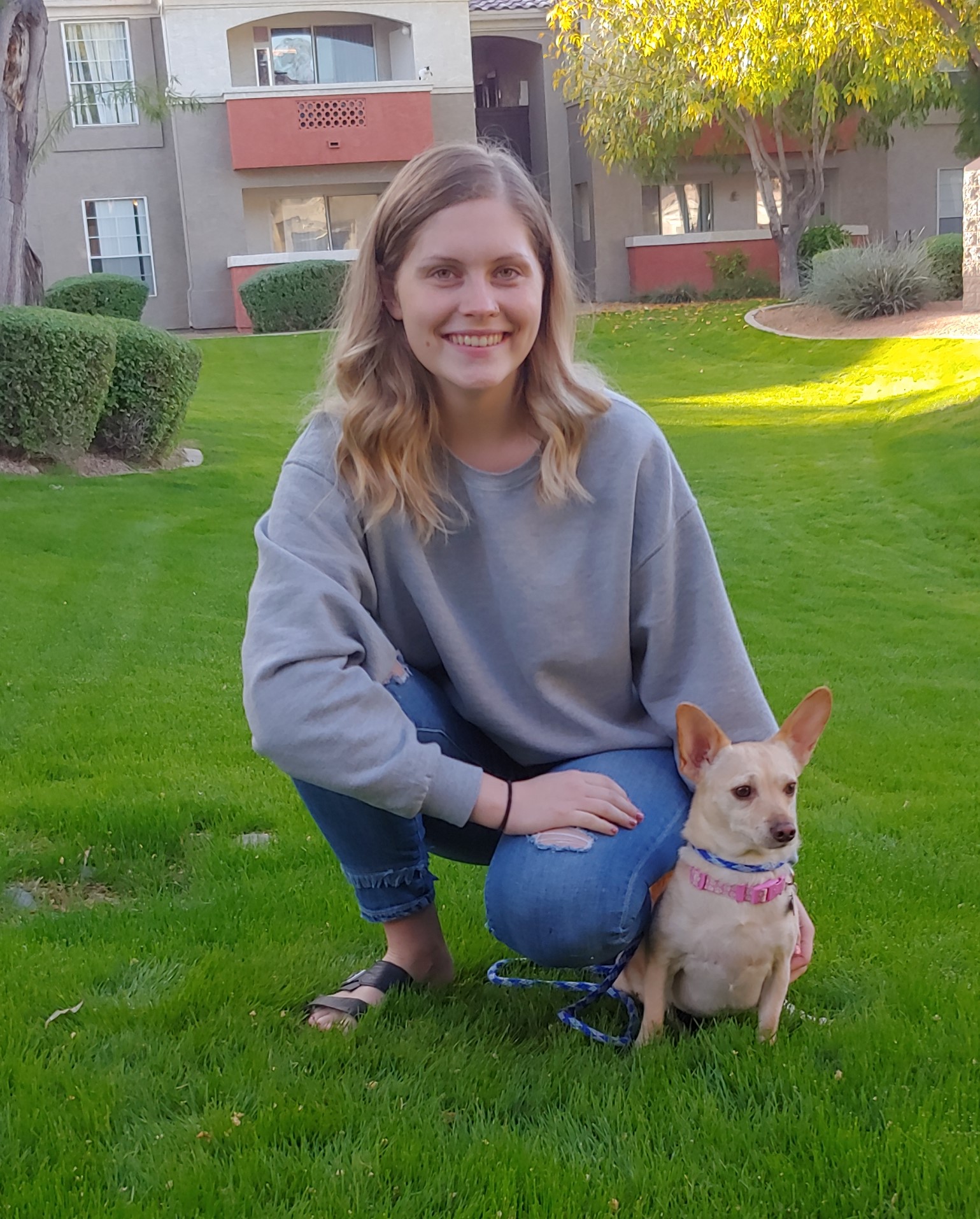 Ana, from Mesa, AZ called us after Peanut, her Corgi – Chihuahua mix had snapped and bit her friend during a house party. Peanut also lunged while on the leash and barked and growled at people when they walked by and inside her home. Ana was very worried that Peanut was aggressive and couldn’t be around people. She needed help and training to see if Peanut was able to be a friendly confident dog, rather than a fear biter. When Ana set up her visit with us, she was so surprised that Peanut didn’t initially lunge, bark and growl when she first met us. Peanut actually warmed up very quickly and was even confident enough to approach and smell. She even responded well to touch and talk.

Ana signed Peanut up for our Advanced Boarding School program, were she stayed with us for four weeks and learned everything from manners, leash walking nicely and socializing with other dogs and people too. After a couple of days Peanut was already skilled in general obedience and would respond to verbal commands. After that we focused her training on getting her out in public, going to brunch and Home Depot as well as our local parks and places where people and dogs frequented often. Eventually Peanut went everywhere and calmed down so much that people complemented her on her behavior. People had no idea she was once a dog who was afraid and uncomfortable to be around people. Peanut made her biggest progress while playing and interacting with other dogs. She learned very quickly that she was allowed to voice her opinion about how other dogs could interact with her; that she was allowed to say “no” and learned that many dogs respect that. She then realized that she didn’t need to be loud to communicate. She stopped barking around other dogs and very simply let out a small growl to let other dogs know she needed a little space. She eventually warmed up so well that she started to play and engage with them.

Ana was so happy when Peanut went home. She learned how to communicate with her better and how to handle any uncomfortable situations, so Peanut could lean on her to guide her through any issues. She learned to trust Ana that much more. Ana now feels more confident with Peanut and she has been taking her to more and more places and continues
to build both of their confidence. They are striving to have the next 10 plus years be the best!