Jackson the Shepherd is now becoming calm and relaxed… 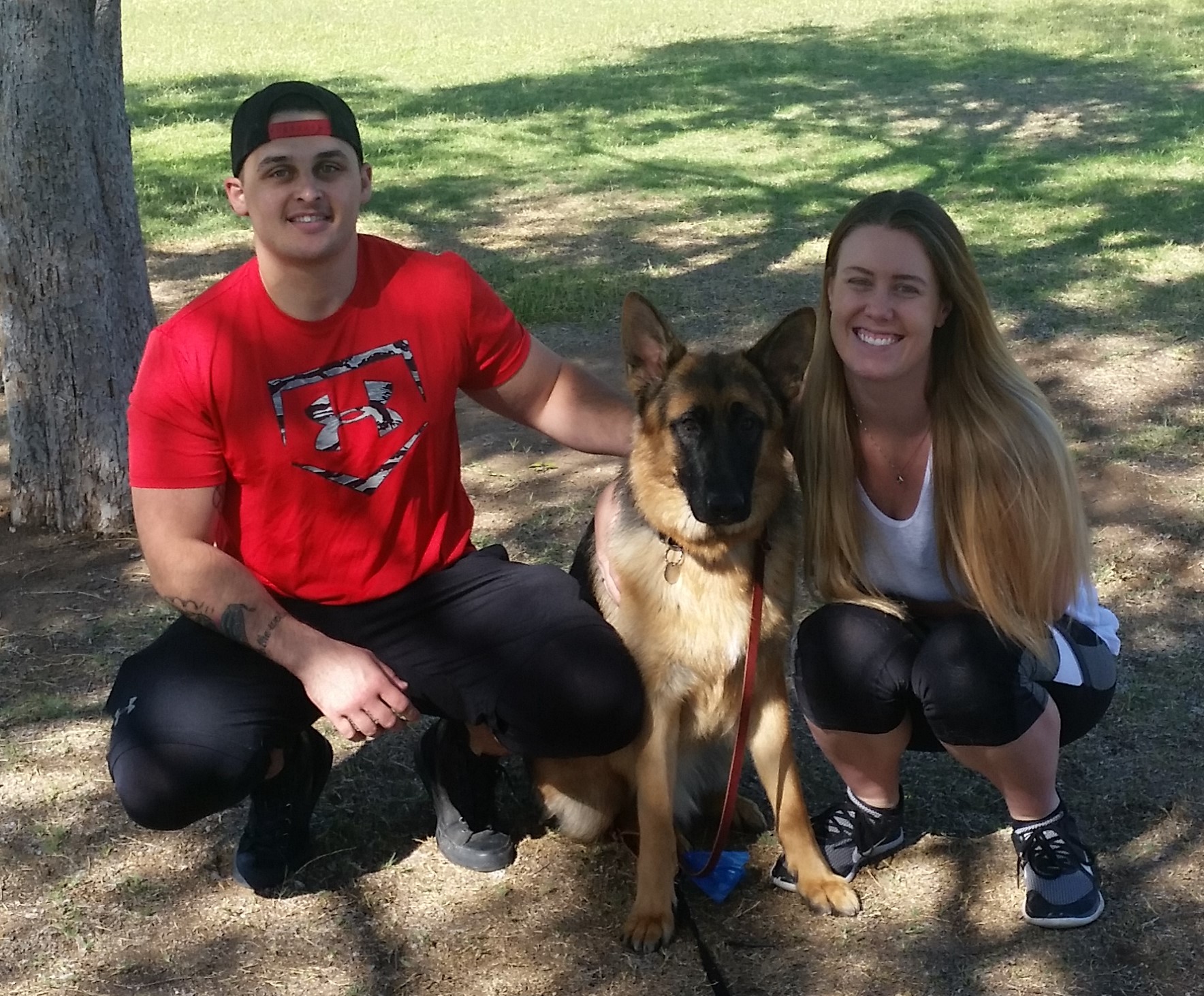 Megan and Trevor from Tempe,  signed up Jackson, their German Shepherd for our Unlimited Program after going to a group class with another trainer didn’t help. Jackson would bark and lunge at the other dogs and people during the class and it wasn’t the right fit for him. Jackson would not listen to Megan and Trevor when he was at home and while he was on leash he felt like he needed to protect them from anyone who might be walking close. Being in an apartment didn’t help this because he would see people and dogs almost every time he was outside.

Meghan and Trevor weren’t sure what to do until they came to talk to us.

After learning why Jackson did the things he did it made it so much easier for Meghan and Trevor to be able to help him get over his fear and being uncomfortable around people and other dogs. They saw great improvement even after getting home from the first lesson. They began to understand how to discipline his unwanted behaviors. They also figured out how to reward him for good behaviors. They learned how to introduce Jackson to strangers so he wasn’t so uncomfortable and now he doesn’t think everyone is so scary. He walks nicely on leash and doesn’t bark or lunge at everyone who passes by.

Meghan and Trevor are ecstatic with the progress Jackson has made. They learned the skills to help Jackson relax around town and know how to address anything that may come up when they are on their daily walks. They now tell us that they say “good boy” more than any other word because Jackson is a happy growing boy who is fast becoming a calm and relaxed adult.