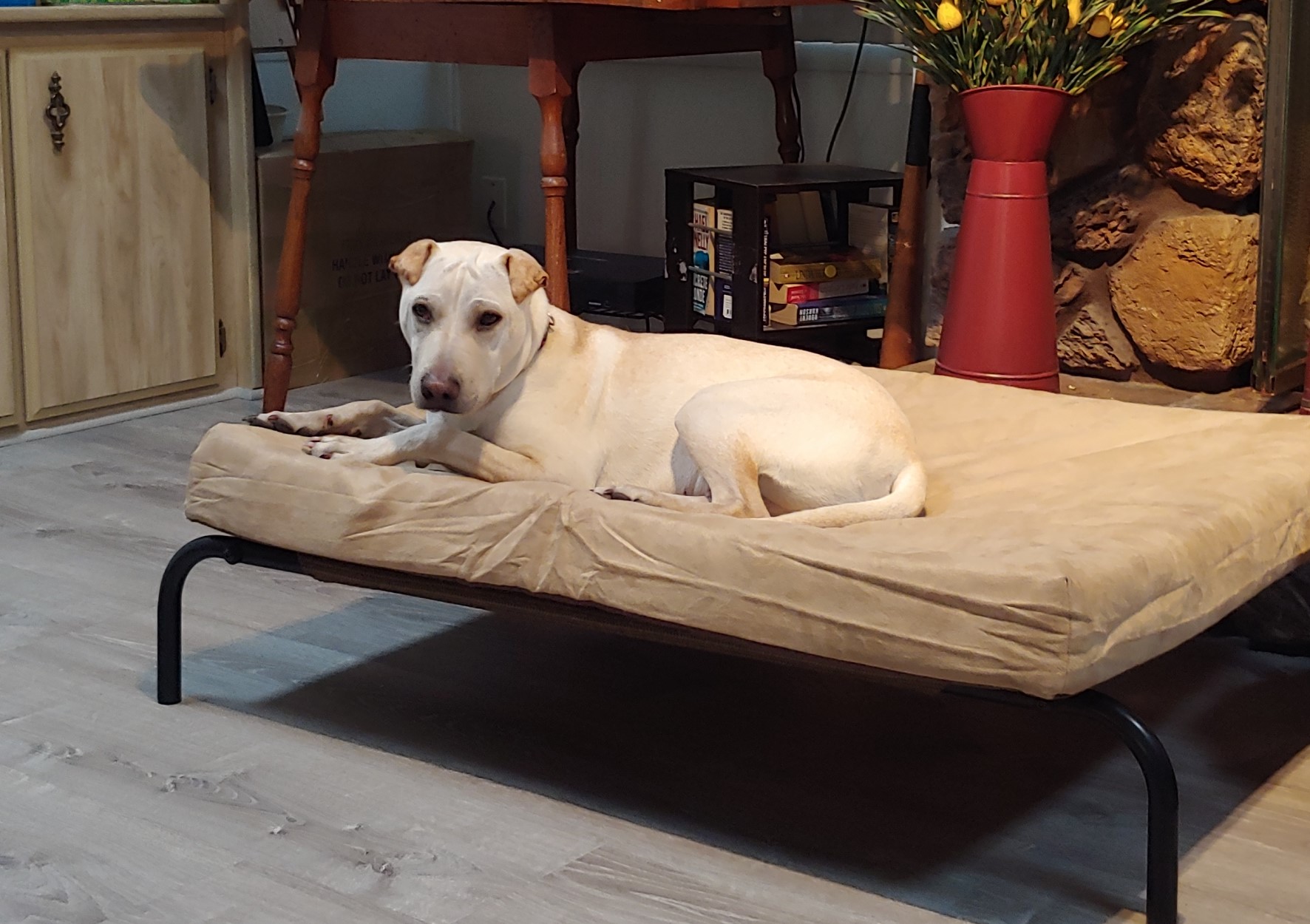 Helen, from Mesa, AZ contacted us to discuss training for her Shar Pei Mix, Harrison. She and her husband adopted Harrison from a local shelter hoping he would be a good companion for their family. When they first brought Harrison home he was polite, soft and well mannered, but that quickly changed when he started to figure out what he could get away with. Harrison went back to old habits that he had in previous homes that were the main reason he was sent to the shelter in the first place. He would pull on the leash “like a freight train” and steal objects from counters, furniture and bedding. He would bark like a crazy dog at the neighbors and their dogs in the community where they lived. Worst of all though, was the biting and chewing on arms and hands. Helen and her husband are in their 80’s and have fragile skin. Each time Harrison got too rough with one of them, he would cause damage and bleeding, which would take months to heal. Helen knew that she needed to do something about this, but didn’t know what was possible.

When we met each other at the training facility, we discussed all of their issues and concerns and went over what could and should be possible for them to do with Harrison. After a little thought they signed Harrison up for our Boarding School program. They felt it would make the difference between their success and failure to have someone else really work with Harrison and get foundation and manners training before he came back home.

When Helen dropped off Harrison for training, he was timid, shy and unsure what was going on. He didn’t understand that these changes, while short term were going to be good for him. We began building a relationship of trust and respect. We worked with him slowly on the leash so he would understand that pulling wasn’t a good idea anymore and we helped him to understand how to respect boundaries, rules and limitations inside the home. We worked on him calming his overactive brain down and processing information calmly and respectfully, so he could make good choices and earn more freedom inside the home and in the yard. He learned to come when called, go to his “place” and “down” whenever it was needed by any person and how to respectfully stay there until he was given permission to
leave. He also learned how to better understand and interact with other dogs, both on leash and off. Being rude and invading personal space wasn’t an option any longer.

When Helen came to pick Harrison up for his Go Home Lesson, she could not believe that he was the same dog.

He never once attempted to jump on her or chew at her hands or arms. She was also happy that he wasn’t trying to run through an open door anymore. She learned how to walk with him on leash and saw how he respected her space as well as how easily he listened to commands. Now, Harrison is the perfect fit to this small family and they are able to enjoy each others company each day knowing that it will only continue to get better and better.