Bob learned how to play nicely with other dogs… 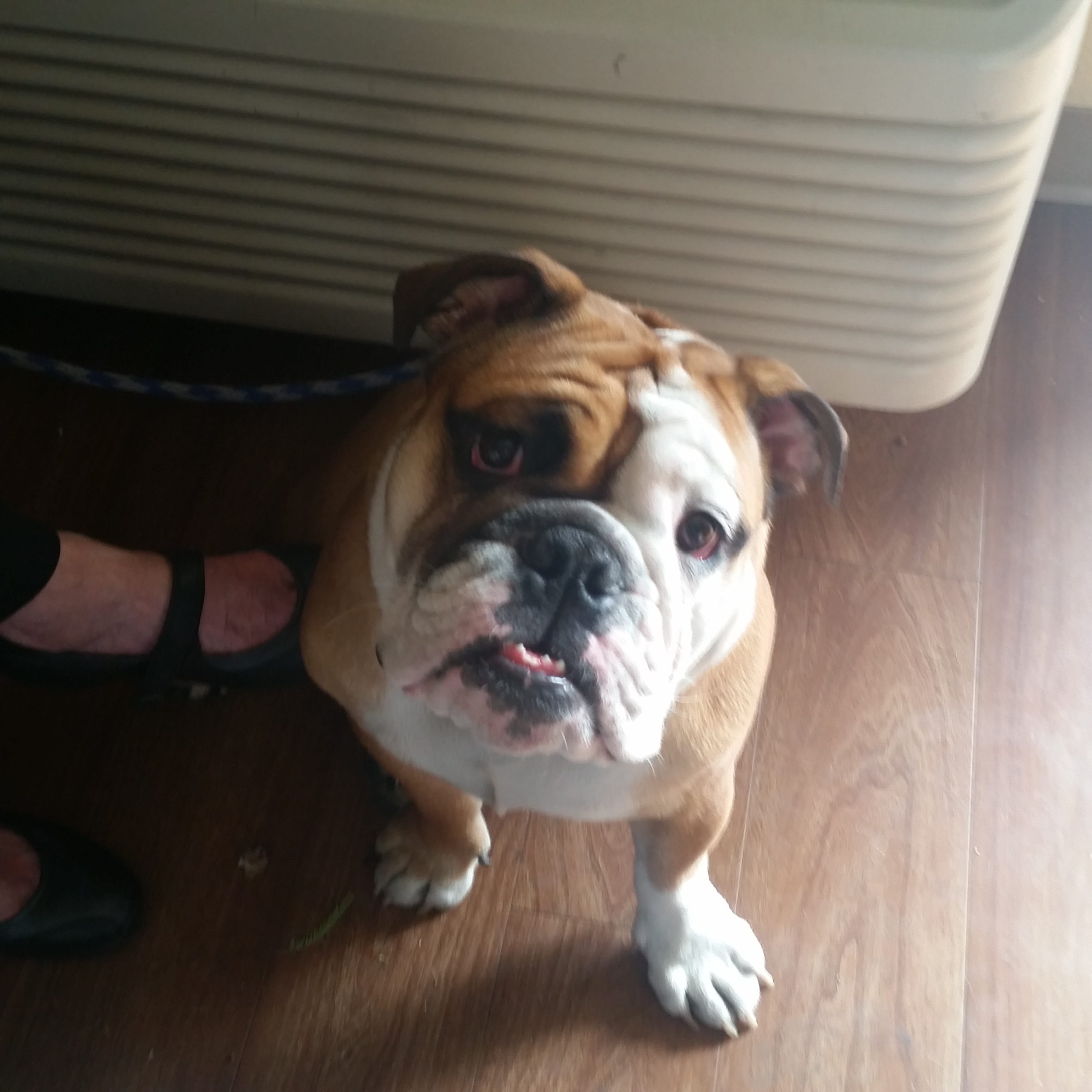 Patsy signed up Bob, her Old English Bull Dog, for our two week Boarding School program because he had issues with barking loudly to get her attention. Bob would destroy anything that was wooden, even Patsy’s walking cane and when Patsy tried to take objects away Bob would become very mouthy and attempt to bite her to get his way. He would also pull her on the leash to a point where her arthritis began to worsen significantly. Patsy said she couldn’t live like this anymore and if she couldn’t deal with Bob’s bad behaviors then she would have to give him up, which neither of us wanted her to do.

When Bob arrived for his Boarding School program stay he tried to have his way with everything. He barked and whined when he did not get his way. He begged for food even from a distance and tried to bite through his leash. After only two days here at Kona’s Dog Training Bob began to understand the rules that he needed to follow. He began to listen better when he was asked to do something and stopped mouthing and biting at his leash
completely.

Bob also learned how to play nicely with other dogs, which helped him to learn how to greet other dogs on leash with Patsy. He stopped pulling when they went on their walks and just politely looked at other dogs when they saw them. Patsy’s arthritis was much better after that and she said she was so happy that she didn’t need to worry anymore.

Patsy is very happy with Bob’s progress and knows he will be a good dog for years to come. She now has that companion she was always looking for when she takes her road trips around the country and even when she decides to stay close to home.